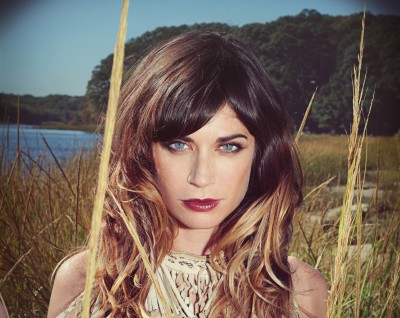 To promote the launch of her fifth solo project, Mondo Amore, Nicole Atkins has been doing a lot of crying. The bluesy-rock album walks the oft-trod path of heartbreak, shedding tears most poignantly (and literally) in second track “Cry Cry Cry.” So it’s probably not surprising that when she stopped by the Rolling Stone offices to perform a few songs, she covered Roy Orbison’s “Crying.” At the top of the song, Atkins’ tips her hat to her grandma saying that she always wanted her to be a country singer. Atkin’s sugary vocals share that gloomy-quiver that’s present in the Orbison original and makes you believe in their heartbreak. Watch the video and download the MP3 below.

Although Atkins may be weeping over love lost, she’s got no shortage of reasons to be happy. After touring with the Black Keys, she just wrapped up another leg with Cotton Jones last night. Taking a sort of grassroots approach in funding the touring, Atkins and the Black Sea have organized a campaign on Kickstarter to collect donations. At $19,041 they’ve already exceeded their $15,000 goal and are getting close to reaching the $30,000 mark at which they’ve promised to release a 7-track covers EP! Goody! She’s handing out various goodies for different pledges, including a personal “Happy Birthday” serenade for $300. Find more here.

Check out more Nicole Atkins at her website or MySpace.