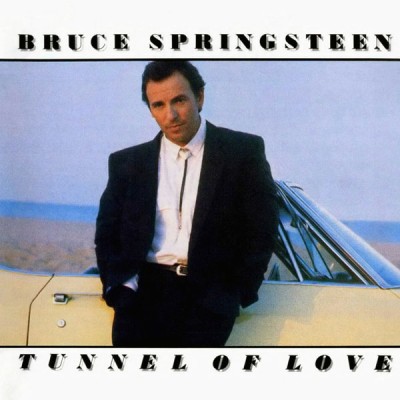 Lyrically, though, Tunnel of Love provided some of Springsteen’s sharpest writing to date. Though covers of the album’s songs flow as plentifully as those for Born in the USA or Darkness on the Edge of Town, these tunes prove especially attractive to musicians in the folk, country and singer-songwriter milieu. You won’t find any heavy metal covers of “Brilliant Disguise,” but you might be taken aback at the number of top-selling country artists who took a crack at “Tougher than the Rest.”

With that in mind, the Tunnel of Love covers you hear below present a kind of alternate take on the record. What if Springsteen hadn’t been so quick to embrace the trappings of ’80s adult-contemporary radio? None of these performances feature obvious synthesizers (with perhaps one exception; can you find it?), and about half are just guys (or girls) with guitars. If Tunnel of Love stands as a lyrical sequel to the inward-looking Nebraska, the songs below actually kind of sound like it too.

Solomon Burke – Ain’t Got You

Springsteen’s solo guitar lament to unrequited love gets turned on its head by noted soul singer and archbishop Solomon Burke. This track comes off his 2006 album Nashville and provides a rousing start for our journey through this tunnel.

Though “Tougher than the Rest” didn’t provide Springsteen with Tunnel‘s biggest hit, it seems to have struck a chord with the most listeners: covers for “Tougher” are more plentiful by far than the rest of the tracks on the album, and they come from sources as diverse as Travis Tritt, Camera Obscura and Cher. However, no one does “Tougher” quite like German roots rockers East Blues Experience, who slow it down to uncover a soulful groove.

The Mavericks – All That Heaven Will Allow

Another Tunnel song, another popular country act to take it on: Miama, FL group the Mavericks released a rollicking cut of some surprisingly sweet Springsteen on their 1994 album What a Crying Shame.

On the other hand, very few people want to get their hands on “Spare Parts,” the heaviest track on Tunnel (if such a distinction can apply here). Fortunately, we have Kayley Weller, a talented young musician and actress from the United Kingdom. With Kayley’s voice, the song can finally become the anthem to female empowerment the lyrics suggest.

Of all the songs on Tunnel, “Cautious Man” most recalls Nebraska‘s stark instrumentation. It’s here brought to life by Kansas City singer-songwriter Bob Walkenhorst, whose passionate vocals sell the desperation behind the song.

Romani’s cover of “Streets of Fire” claimed a spot in our Darkness on the Edge of Town post; indeed, this Italian singer has covered a lot of the Boss in his career. His reading of “Walk Like a Man,” divorced of its overpowering synthesizers, takes on the qualities of a roots-rock ballad.

Of course when you’re talking about overpowering synths, no song on Tunnel comes to mind more than the title track. Major props go to Pennsylvania duo Ultrasonic Jones, who manage to keep the song’s melody intact using only two acoustic guitars and some fantastic arranging.

New England bluegrass trio Salamander Crossing gives us our most countrified look at Springsteen yet with this down-home “Two Faces,” which comes off their 1996 album Passion Train. Singer/fiddler Rani Arbo could probably give current E-Street violinist Soozie Tyrell a run for her money.

In 2008, Canadian indie rockers the Reason recorded a six-song acoustic EP they entitled The Brilliant Disguise, so they must have some love for this song. The recording here echoes latter-day solo Springsteen performances of the tune, which really bring its heartfelt lyrics to the forefront.

Kenny Chesney – One Step Up

Another song popular among country artists, “One Step Up” finds a great home in the hands of Kenny Chesney, whose powerful voice and guitar flesh out the original emotions here bestowed by Springsteen.

Not much is known about Youtube cover artist Agentofthefree (translation: he couldn’t be reached for comment), but this is certain: his raw rendition of “When You’re Alone” reverberates with honesty.

On an album full of sad songs, “Valentine’s Day” may take the cake for saddest. It’s not just the lyrics that’re full of sentiment; Springsteen’s very melody here will break your heart. That effect’s only amplified by New York indie folk band Hem, whose lead vocalist Sally Ellyson draws some impressive lungpower to drown you in the narrator’s desolation.