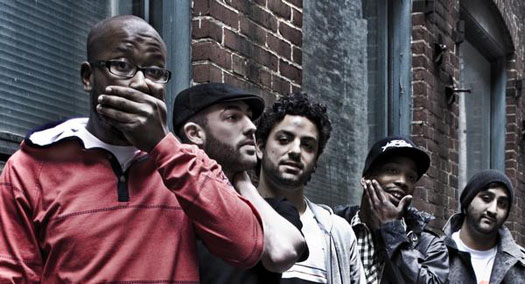 Michael Jackson‘s death almost two years ago has led to a resurgence of interest in his music, and, not coincidentally, a glut of covers. Unfortunately, not everyone can pull off a tribute to The King of Pop. Boston’s Bad Rabbits, though, take “Human Nature” from the Thriller album and turn it from soft rock into a spaced-out funk tune. The ’80s synths are replaced with crisp, swirling keys, the reverb is gone, and lead singer Dua Boakye showcases a great falsetto.

You may not have heard of Bad Rabbits, but there is a considerable buzz around this band, in part because of their live chops. Not surprising when one considers that they have been honing their chops as Slick Rick‘s backing band. Their sound is a combination of funk, rock, and soul that they dub “New Crack Swing.” This song is the second in a series of live covers the band is recording and giving away on their website. They are currently recording their first full-length, but while you wait they are also giving away their debut EP for free. Watch the video and download the song below.

Check out Bad Rabbits at their website or MySpace