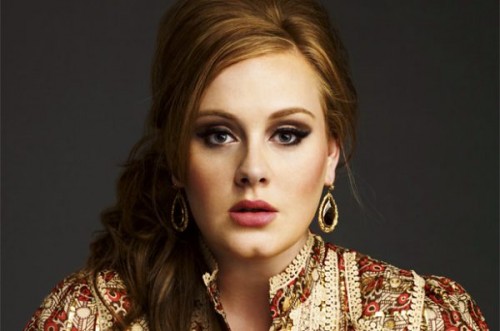 On the heels of last weekend’s five-woman tribute to ailing Queen of Soul Aretha Franklin at the 53rd Grammy Awards, this clip of Grammy darling Adele singing the hell out of “Natural Woman” has us wondering why she wasn’t there too. The gorgeous, no-frills take on the Carole King-penned ballad that Franklin made a hit in 1967 comes from the 22-year-old Brit’s performance for VH1’s Unplugged, the first in the recently revamped series set to premiere on March 4.

Adele, who took home the Grammy for Best New Artist two years ago, recently released her highly anticipated sophomore album 21 in the UK (it drops stateside Tuesday), preceded by the hit single “Rolling in the Deep,” and the music world can’t stop chattering. Who can blame it, though? Listen to the depth and emotion the young singer pours into this stripped-down rendition of a song even Aretha augmented with big orchestration and backup vocals, and see if you think anything is missing. Adele’s voice alone is enough to carry even the most famous soul tunes, and that’s enough to get us clamoring for our copy of 21 next week.

For more, set your Tivo for March 4 at 11pm or catch the online premiere at 7pm March 3 at Unplugged.VH1.com.

4 Responses to “Adele Makes Us Feel Like a “Natural Woman””