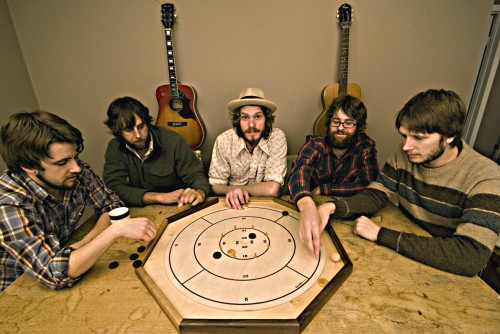 There’s a long tradition in rock of naming your band after its place of origin. Boston came from Boston, Chicago from Chicago, and America from…London. Well, every rule has its exceptions. The Deep Dark Woods hail from Saskatchewan, the Canadian province boasting four whole people per square mile. Wikipedia doesn’t have the figures for trees per square mile, but given that the northern two-thirds of the state contains nothing but forest, it’s probably somewhat larger.

Back in September HearYa taped an all-covers session with the band and today released the first peek: Peggy-O. Technically named the less-pronounceable “The Bonnie Lass o’ Fyvie,” “Peggy-O” has been covered by the Grateful Dead, Bob Dylan, and every folk singer who ever walked through the doors of Café Wha. The Deep Dark Woods lay their organ-drenched mark on the folk staple in what we imagine will be the first of many excellent session covers. Watch it below. (via HearYa)

Check out more Deep Dark Woods at their website or MySpace.