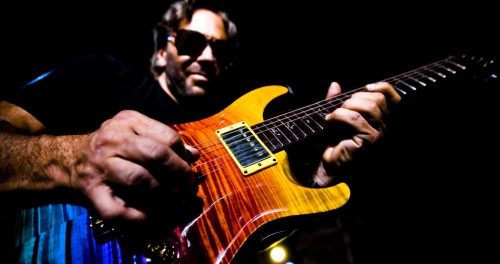 • Latin fusion guitarist Al Di Meola just released an instrumental cover of the Beatles‘ “Strawberry Fields Forever.” His guitar gently weeps with aching emotion as the band shuffles along beside.

• Given that Built to Spill proved so important in the development of what we now know as “indie rock,” you’d think folks would cover them more often. No matter. Here’s Bad Books doing the lead track from the 1999 classic Keep It Like a Secret.
MP3: Bad Books – The Plan (Built to Spill cover)

• Lower Dens fly under the radar, but that next big push may be just around the bend. It seems everyone who heard their 2010 album Twin Hand Movement loved it. Check out their version of Mayo Thompsons’s “Dear Betty Baby” below.

• Why record a surf-rampage Sonic Youth cover? Let Sex Beet explain. “We were supposed to be finishing our debut LP this month, but our European tour in December hit some trouble with the law, and I’m now stuck in Stockholm until our driver is released from prison.” Good reason!
MP3: Sex Beet – Dirty Boots (Sonic Youth cover)

• The Californication Season 4 soundtrack includes a half dozen new covers. Eagles of Death Metal’s “Stuck in the Metal” (ugh) is unfortunate, but we’re digging Better Than Ezra’s Love and Rockets revamp.