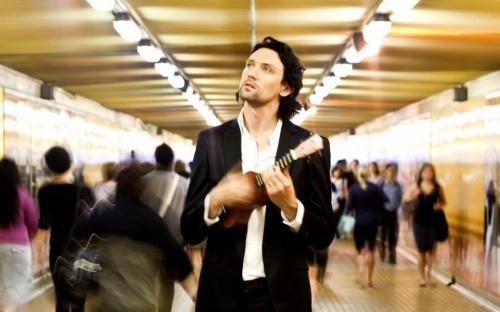 Something for Kate singer Paul Dempsey mused on the Karate Kid connection when he covered the song yesterday for Australia’s Triple J radio. “If this song is from the perspective of Mr. Miyagi, it’s really creepy,” Dempsey notes. His falsetto keeps things more positive, bouncing off the understated “Daniel” backing chorus for a fun cover that veers away from the original’s pop production without losing the instantly-catchy groove.

Download “Daniel” below. For a weirder take, check out Josh Reichmann’s cover here.

Check out more Paul Dempsey at his website or MySpace.