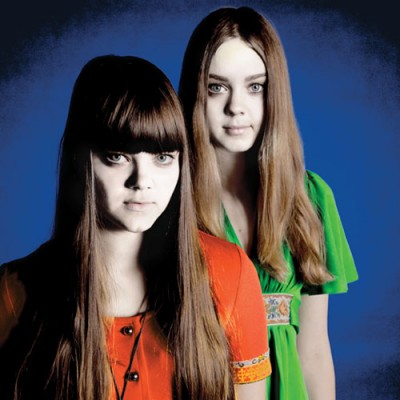 Last we heard from First Aid Kit, they were pepping up Fever Ray’s “When I Grow Up.” They return today with two new covers. This time, though, they bring along a new friend: Mr. Jack White III. As he so often does, White produced their new 7” for his own Third Man Records label. The Swedish folk duo covers two old-school chestnuts: “Universal Soldier” and “It Hurts Me Too.” Listen to both below.

Both tracks are best known by way of previous cover versions. Folkie Donovan took “Universal Solider” up the charts in 1965 and “It Hurts Me Too” was famously covered by Elmore James. And Chuck Berry. And Bob Dylan. And Eric Clapton. And…you get the idea. First Aid Kit’s take hews closest to Karen Dalton’s lush 1969 folk-rocker. Jack Lawrence of the Raconteurs and the Greenhornes contributes bass to this latter track.

First Aid Kit – It Hurts Me Too (Tampa Red cover)

Grab the 7” at Third Man Records.

2 Responses to “Listen: First Aid Kit Gets a Boost from Jack White on Two Old-School Covers”