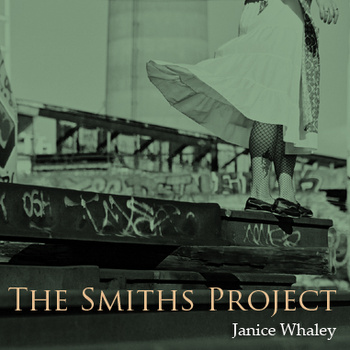 It’s 2011 and we’ve got a new year’s resolution for Janice Whaley: Get some sleep! We certainly don’t imagine the California singer caught many Z’s last year. You don’t get much down time when you record a cappella covers of every single Smiths song.

Take a minute to let that sink in. Every…single…Smiths song. That means full sets for the four albums – The Smiths, Meat Is Murder, The Queen Is Dead, and Strangeways, Here We Come – plus runs through rarities collections Hatful of Hollow and Louder Than Bombs. Collectively, that’s every single officially-released Smiths song. And in January 2010, one woman set out to cover them all.

71 songs and 365 days later, she completed her mission. The quantity alone is impressive, but what’s truly astounding is that every one of these displays careful construction and complex production. We’re not talking girl-warbling-into-computer-mic here. Recording one of these would do a musician proud. Recording 71? Wow.

We begin the journey at the end, with the final three songs. She rounded off the Strangeways record with a special treat. The final song features one Thomas Lennon of Reno 911, who gave Whaley publicity early on with a well-placed tweet.

It gets better. Whaley is turning the whole set into a 6-disc box set. The Kickstarter campaign has already reached its goal, but for $60 you can still snag one of the first copies. If you need more convincing, here’s the entire Queen Is Dead set.

On board? Thought so. Donate here.

Find out tons more at The Smiths Project’s website.

One Response to “Listen: A Cappella Recordings of Every Single Smiths Song (All 71 of ‘Em)”