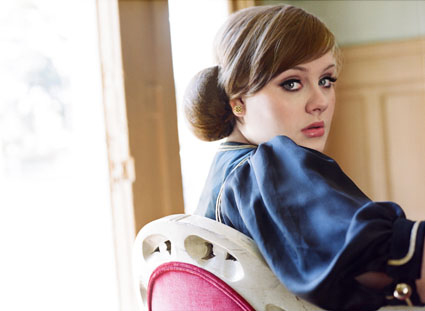 The press spilled a lot of ink on Amy Winehouse last week when she returned for an amazing-by-her-standards concert. A single night of standing upright reignited the fading hopes of press and public alike. Call it the Parable of the Prodigal Soul Singer though, because Adele has been giving solid performances all along with only a fraction of the acclaim afforded Winehouse last week.

Her latest continues the consistency so often taken for granted. Current single “Rolling in the Deep” is a typical gospel soul knockout, but b-side “If It Hadn’t Been for Love” strips things uncharacteristically far back. Even with only acoustic guitar and walking bass backing that huge voice, it comes off surprisingly funky. The song originally appeared on the SteelDrivers’ 2008 self-titled debut. Adele finds a nice balance between their country swing and her soul strut. Listen below.

Adele – If It Hadn’t Been for Love (The SteelDrivers Cover)

Check out more Adele at her website or MySpace.