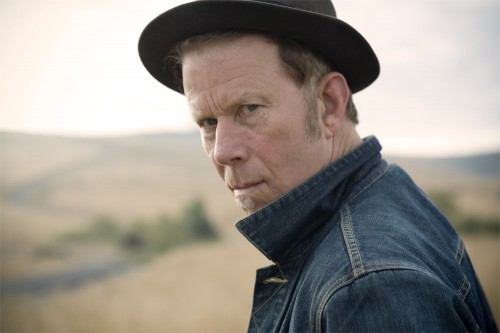 The most unique individual to emerge from the Los Angeles suburb of Pomona – which also produced such “luminaries” as Jessica Alba and Mark McGwire – Tom Waits is 61 years old today. His music seems to have lived three lifetimes though. He started out singing twisted jazz/beat ballads soaked in booze, progressed to bizarre German musical theater in the ’80s and early ’90s and invented almost a genre of his own in his most recent work. Even at his strangest, though, he always has made the song of paramount importance.

As a result, thousands of artists – and Scarlett Johansson too! – have covered his songs. We’ve featured a few here in the past and happily present five more, spanning his entire career, to celebrate the great Mr. Waits.

Madeleine Peyroux shows that Waits is not only genre-defying but gender-defying with her cover of “(Looking for) The Heart of Saturday Night.” Cat Power does the same with her irresistibly sultry voice on “Yesterday is Here.” Firewater nail the Waits sound with their version of “Diamonds and Gold.” Hayes Carll gives “I Don’t Wanna Grow Up” the roots country treatment, a marked difference from both the original and the popular version by The Ramones. John Hammond, who has released a full album of Waits covers, presents his version of “Cold Water,” probably the standout track from 1999’s stellar Mule Variations.

One Response to “They Say It’s Your Birthday: Tom Waits”