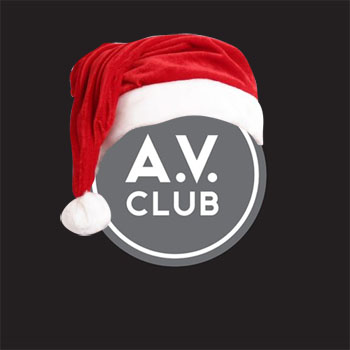 If you regularly read Cover Me, then you know all about the A.V. Club’s Undercover series, where they commissioned artists to cover songs off of a list of 25 tracks with no repeats allowed. In the latest incarnation, Holiday Undercover, the guests perform a holiday song of their own choosing. Maybe the no-repeat rule should return, because only three songs in we already have one! And no, it’s not “Silent Night” or any other cliché. Instead, both Brendan Benson and Kate Nash took on the Slade rocker – a classic in its own right – “Merry Xmas Everybody”!

Benson takes the solo acoustic route with a reasonably straight-ahead rendition of the glam hit. While quiet, he manages to preserve the sing-along quality of the original. Nash’s take, while more raucous, misses the mark. Her voice gets lost behind the “London Calling” guitar and she ends up sounding flat.

Round 1 of Undercover Head-to-Head goes to Benson. New series, perhaps? Check out both below, then tell us whether you agree.

There’s more at the A.V. Club.

One Response to “Head to Head: Brendan Benson vs. Kate Nash on a Glam Holiday Classic”