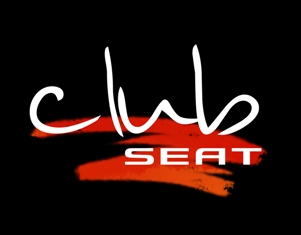 The British are always trying to musically one-up us Americans. Yes, we know the Beatles are from the U.K…but we got them on iTunes. Just when we thought things were pulling even though, Club Seat (pronounced SAY-at) appeared. The British online community is getting the drop on the A.V. Club with a new series “On Track… With SEAT” for Channel 4 in the UK. The series takes artists like Robyn to London Metropolis Studio to record tracks straight to vinyl.

These folks cover classics from Loudon Wainwright III and Prince, as well as new tunes from Bon Voyage and the Temper Trap. The claustrophobic setting of Club SEAT makes for some intimate performances. Well played, Britain. Here are a few of our favorites:

Ellie Goulding – Sweet Disposition (The Temper Trap cover)
She's got a flawless voice and a slowed-down acoustic version to kick off this great series.

DOWNLOAD MP3
Bombay Bicycle Club – Motel Blues (Loudon Wainwright III cover)
This cover is so inviting, you'd go up to their motel room. You really would.

DOWNLOAD MP3
The Drums – No Paradise (Bon Voyage cover)
These guys mean business in the studio. Their focus makes the song work.

DOWNLOAD MP3
The Bees – The Rip (Portishead cover)
You can see it in their faces: this cover was made for vinyl.

Check out more from Club SEAT at their site.

3 Responses to “Watch: New Covers from Robyn, The Drums, Ellie Goulding, and More”