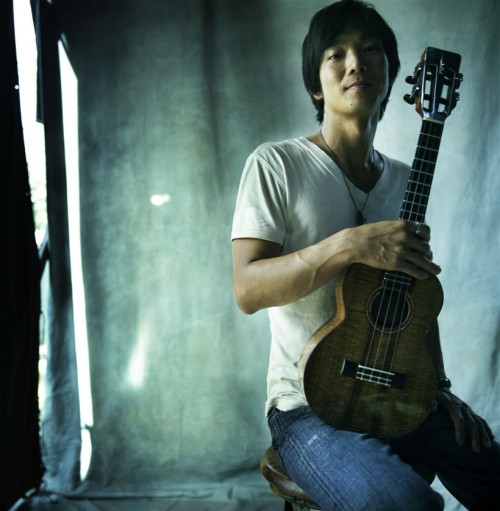 Like a lot of people, we discovered ukulele virtuoso Jake Shimabukuro through his six-million-views-and-counting YouTube cover of “While My Guitar Gently Weeps.” Follow-up covers of “Let’s Dance” and “Bohemian Rhapsody” impressed us even more. Now the four-string star returns with Leonard Cohen’s “Hallelujah” in an exclusive Cover Me premiere. We chatted with Jake about the tune, which you can listen to below.

For most artists, “Hallelujah” would be an eye-roll-inducing selection. For Shimabukuro though, it proved a perfect fit. Hearing his ukulele instrument is like hearing the song anew. He doesn’t need to tell you about “the minor fall, the major lift” – he can just play it. He explains his choice:

“I always thought covering a song by another artist is like wearing your favorite basketball player’s jersey. When I was a kid, I wore my number 23 Michael Jordan jersey every day to school. So, covering a song like ‘Hallelujah’ is simply a celebration of my love and admiration for one of the most gifted song writers and poets of our time – I’m just wearing my Leonard Cohen jersey.”

Though the song starts out solo uke, gradually a bass emerges, followed a few minutes later by light drums. He tells us how he came to the arrangement:

“First I recorded it as a solo ukulele piece and thought it was okay. Then I tried adding a bass part. It really rounded out the sound. Then I tried it with bass and drums and thought it worked well too. So, I finally layered the instruments after each whole chorus so that all three arrangements could be heard at different times. The first round is just the ukulele. The second full chorus is accompanied by the upright bass. Then finally, when the drums kick in, the entire rhythm section arrangement can be heard for the final chorus.”

Just when you think you’ll claw your ears out if you ever hear a song again, along comes an artist like Shimabukuro to remind you why the tune was so powerful in the first place. Cover Me is proud to premiere Jake Shimabukuro’s “Hallelujah” below.

“Hallelujah” will be included on Shimabukuro’s upcoming album Peace Love Ukulele, due out January 4th, 2011. Scroll down for the full tracklist. 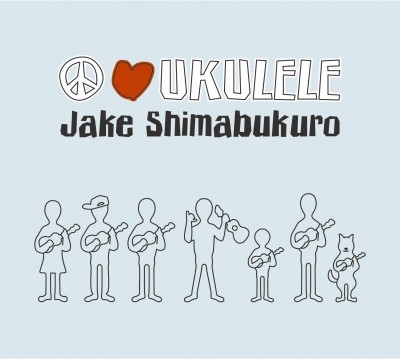