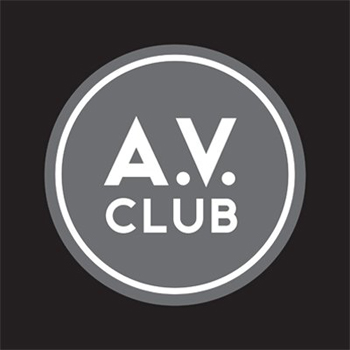 Many of our readers will recognize the A.V. Club as the less satirical (but just as sharp) arts and entertainment companion to The Onion. They’ve been covering all things pop culture since 1993 and this year they decided to hone in on our turf embrace the world of covers with their own series of cover commissions, the A.V. Club Undercover. Once a week for 25 weeks a chosen band or artist would come in and pick a song off a list of 25 available tracks for them to cover. Once a song was chosen, it could not be performed again; Undercover operated on a first-cover, first-serve basis. We’ve already told you about a few; take a look here.

Now the A.V. Club rounds up the whole thing with one sweet video and asks you to vote for your favorite. No doubt about it, they assembled a mighty list of talent for this endeavor. Their stable of artists has been culled from the indie elite (Ted Leo, Cursive, Mates of State) and even a bit of the mainstream (Ben Folds, Coheed & Cambria). The list of songs up for covering was even more diverse, hitting everything from Guided by Voices to Starship (which, unbelievably, was chosen in week four!). Check out this recap video below, and then vote on your favorites here!

Here’s the complete list of A.V. Club Undercover participants. All of these are available to watch on the A.V. Club website.

AND a BONUS: Here’s my favorite, from week 1: Tears for Fears’ “Everybody Wants to Rule the World” by Ted Leo & The Pharmacists.

3 Responses to “The A.V. Club Takes Us Undercover”