Single Servings digs out a cover worth revisiting. 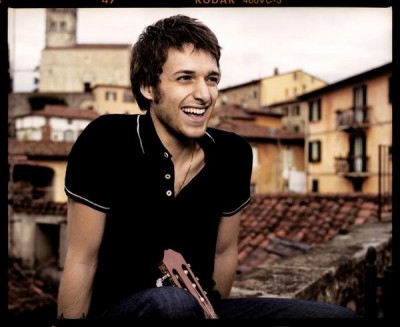 One of the downsides to a song that is legitimately great, particularly when part of its greatness is thematically tied to the singer and/or songwriter, is that you can all but guarantee a gazillion lesser artists are going to cover it without worrying for a moment about how appropriate the song is to their style. This is how we get “Lust for Life” played over cruise ship commercials and Britney Spears using words like “prerogative.” While this occasionally turns out amusing, it’s usually a problem. See, it’s one thing for every Tom, Dick and Harry to rush off to cover a great, if generic, song like “Umbrella,” and quite another for a supposed high school glee club to tackle something like Amy Winehouse‘s great ironic ode to contentious stubbornness and substance abuse rationalization, “Rehab.”

Think for a moment, if you would, about just what it is exactly that made “Rehab” so remarkable. It certainly wasn’t musically experimental; you can’t get a more traditional verse-chorus structure. Still, Mark Ronson‘s blues-throwback production along with Winehouse’s rich, marble-mouthed vocals made for a single that certainly didn’t sound like anything else being put out in 2006. Beyond the purely sonic aspects of the track, though, “Rehab” worked as much for its content as for its musicality. Here was a young singer with legendary substance abuse problems flaunting her rebellion without sounding naive. Winehouse’s self-awareness gave “Rehab” the extra je ne sais quoi that elevated the record from good to great: the ambiguity of the singer’s complicity in the irony of the lyrics provides the uncertainty requisite for critical acclaim.

Needless to say, few artists could come close to pulling off a song so uniquely specific to its original performance if for no reason other than the dearth of young neo-soul musicians with both the talent and affection for controlled substances that Amy Winehouse possesses. The improbability of it almost lends a kind of carte blanche for reinterpretation, should an artist be so bold. Luckily, the spirit of Janis Joplin still lives on in a few other young souls, including that of Scottish singer Paolo Nutini. Nutini’s career was just getting started as Winehouse’s smash sophomore album Back to Black was making waves on both sides of the Atlantic but he wasted no time racking up more than his share of YouTube videos of him giving apparently inebriated performances.

Nutini’s cover of “Rehab,” recorded live for BBC Radio One’s Live Lounge program in 2007, owns the song so convincingly that it could pass as his own. Like Winehouse, Nutini possesses a unique voice characterized by a certain absence of clarity (his thick Scottish brogue doesn’t help). He pays the tune its due with his neo-soul/bluesy arrangement, which allows even the most skeptical listener to appreciate the unexpected and rather satisfying result of Nutini’s attempt at this behemoth of a song.

Check out more Paolo Nutini at his website or MySpace.