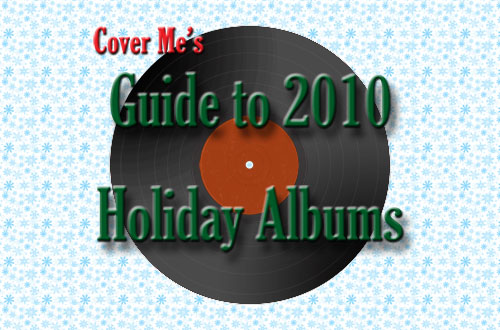 Happy Black Friday! Naw, I’m just kidding. If you’re “celebrating” Black Friday, it’s going to be anything but happy. While you’re beating off parents for the toy store’s last pet rock (that’s what the kids are playing with, right?), maybe you’d like to grab some new holiday music for you and yours. No genre has a higher chaff-to-wheat ratio than holiday music. Every year the Bing Crosby-wannabe list seems to grow. Amidst all the schlock, though, some gems emerge. It just takes a little searching to dig them out.

This year we’re helping you out by rounding up the new holiday (really, Christmas) cover albums. We tried to be thorough, but not exhaustive. Instead, we picked out all the releases we consider noteworthy. Some take unusual approaches. Some dig up obscure tunes. Others are simply by big names. And that’s fine too. Buy the Jessica Simpson for your niece; buy the Pink Martini for yourself.

Below, find this year’s hottest and most interesting holiday releases listed by release date. Each lists the artist, album, record label, and a brief blurb, usually extracted from the press release. Happy shopping! 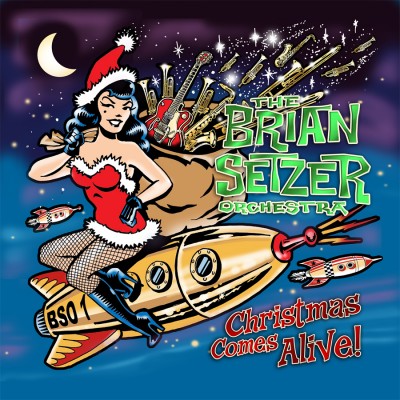 • 11 Acorn Lane, Happy Holy Days (Wooden Hat Music)
“It’s the soundtrack to a holiday party in that great bachelor pad in the sky, where Esquivel, Henry Mancini, and Serge Gainsbourg are on the guest list.”
• Brian Setzer Orchestra, Christmas Comes Alive! ( Surfdog Records)
“Guaranteed to get your Christmas party on its feet!”
• Phil Keaggy, Welcome Inn: A Phil Keaggy Christmas (Kingsway Music)
“From one of the world’s most renowned guitarists, ‘Welcome Inn’ captures the intimacy and message that is all about the Christmas season.”
• Point of Grace, Home for the Holidays (Word Records)
“Produced by 2010 Grammy Winner for Album of the Year, Nathan Chapman (Taylor Swift), you’ll hear new takes on old favorites such as the title cut, ‘Joy to the World,’ ‘Labor of Love,’ ‘Candy Cane Lane,’ and ‘Immanuel.’ The diversity of songs and sounds, along with the signature harmonies that set this group apart, is sure to make Home for the Holidays a household favorite.”
• The Puppini Sisters, Christmas with the Puppini Sisters (Verve)
“Holiday music finally puts on red lipstick, slips into a silky cleavage-celebrating ballgown, and goes gorgeous and glamorous.”
• Sean Smith, Christmas (Tompkins Square)
“His latest album, ‘Christmas,’ is a gorgeous contemporary acoustic guitar recording featuring fourteen well known Christmas classics and two Sean Smith originals. Considering the vast amount of syrupy instrumental music in this genre, Christmas is a most welcome holiday album, and one which could well become a classic for many years to come.”
• Take 6, The Most Wonderful Time of the Year (Heads Up)
“Most people consider the holiday season to be the most wonderful time of the year. That’s certainly the case among the members of Take 6, the a cappella group that has been mixing elements of jazz, gospel, R&B and vintage doo-wop for nearly 25 years.”
• Various Artists, ‘Til the Season to Be Gotee (Gotee)
“Each song on this project has never before been available to retail, and features Gotee Records’ favorites Relient K, House of Heroes, Ayiesha Woods, Stephanie Smith and Abandon Kansas performing a variety of favorites.” 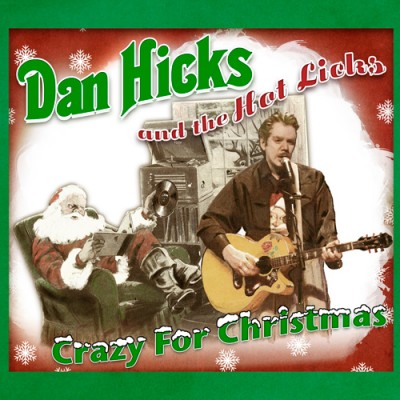 • Celtic Thunder, Celtic Thunder Christmas (Celtic Thunder Limited)
“The newly recorded ‘Celtic Thunder Christmas’ record features 14 all time Christmas favorites done Celtic Thunder style and includes “Winter Wonderland” “Let It Snow” ” Silent Night” “All I Want For Christmas Is You” and more. Celtic Thunder has been the number one music show on PBS for six consecutive pledge periods.”
• Dan Hicks and the Hot Licks, Crazy for Christmas (Surfdog Records)
“Keeping it swingin’, keeping it light, with lots of good solos and some cool scat stuff.”
• The Deadlies, The Deadlies Do Christmas (self-released)
“The Deadlies are fast becoming the most exciting and electrifying new band in the realm of Surf Music. Finally Surf Music is being played by people who surf.”
• The December People, Rattle and Humbug (Magna Carta)
“The December People have a plan. They know that most people love Christmas and holiday music. They also know that most people love Classic Rock. The December People have combined the two concepts and recorded the amazing holiday album “Rattle and Humbug”. Suddenly familiar holiday songs like “The First Noel” and “What Child Is This” sound as if they were recorded by Boston and U2. “The Night Before Christmas” and “Joy To The World” sound like classic tracks from Led Zeppelin and The Who.”
• Indigo Girls, Holly Happy Days (Vanguard)
“Of course there’s a chipper version of Woody Guthrie’s “Happy Joyous Hanukkah” on “Holly Happy Days,” the first, um, seasonal album by the Indigo Girls, who in their commitment to equality of all forms, were strenuous in their inclusion of all sorts of winter styles.”
• Katharine McPhee, Christmas Is the Time to Say I Love You (Verve Forecast)
“Katharine McPhee’s career launched with her renowned run on “American Idol” in 2006. She has already enjoyed success with Christmas releases from her 2007 single “O Come All Ye Faithful” to 2009’s “I’ll Be Home For Christmas.” Now she has recorded some of her favourite Christmas songs for her third album.”
• Lady Antebellum, A Merry Little Christmas (Capitol Records Nashville)
“A Merry Little Christmas contains 6 Christmas classics performed by the multi-platinum selling Lady Antebellum!”
• Newsboys, Christmas! A Newsboys Holiday (Inpop Records)
“In preparation for the upcoming holiday season, the Grammy-nominated and Dove Award-winning band Newsboys will release their first-ever seasonal recording, ‘Christmas! A Newsboys Holiday’. This 6-song EP will include five Christmas standards as well as one brand new Christmas tune.”
• Shelby Lynne, Merry Christmas (Everso Records)
“2010 holiday release from the Grammy-winning, critically acclaimed singer/songwriter.”
• Various Artists, Now That’s What I Call Christmas! 4 (Sony BMG)
“2010 two CD holiday release, the fourth installment in the popular ‘Now Christmas’ series. Volume Four features today’s biggest artists singing Christmas classics plus classic yuletide recordings. Features 36 tracks including cuts from Rihanna, Sheryl Crow, Mariah Carey, Carrie Underwood and many others.”
• Wilson Phillips, Christmas in Harmony (Sony Masterworks)
“‘Christmas In Harmony reunites the multi-platinum pop-trio for their first ever Christmas album. It features new and classic Christmas songs, sung in their signature harmony-rich sound.” 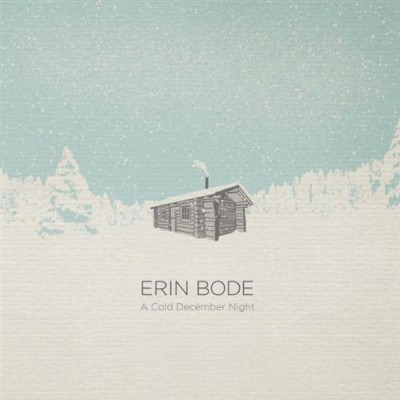 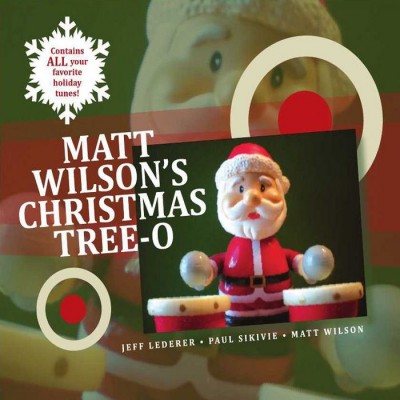 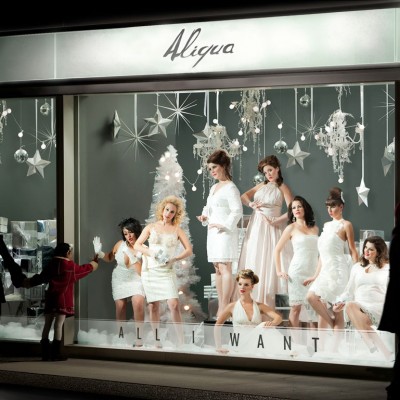 • Aliqua, All I Want (Borders)
“’All I Want’ is rich in the spectacular, warm harmonies that one would expect from these eight ladies, as they travel through this 13-track collection that embodies the group’s wonderful eclecticism in both choice of seasonal songs and their arrangements.”
• Bowling for Soup, Merry Flippin’ Christmas (Brando Records)
“Digital set from pop punk rockers.”
• Mariah Carey, Merry Christmas II You (Island)
“As autumn leaves begin to fall, interna­tional superstar Mariah Carey puts the finishing touches on ‘Merry Christmas II You’, her second career album of holiday tunes. Highlighting the long-awaited new album is a brand new recording of Mariah’s all-time standard, ‘All I Want For Christmas Is You’.”
• Future of Forestry, Advent: Christmas EP Volume 2 (Credential Recordings)
“Usher in the holiday spirit with a brand new collection of ‘forestry-ized’ Christmas classics and a few originals!”
• The Priests, Noel (RCA Victor)
“The Priests are actual ordained priests – Father Eugene O’Hagan, his brother Martin and their old school friend David Delargy.”

November 4
• David Bazan, 2010 Holiday Single 7″ (Suicide Squeeze)
“This 7-inch EP opens with a Bazan original, a heart breaker of a track titled, ‘Wish My Kids Were Here.’ The flip revisits an old favorite, Longfellow’s ‘I Heard the Bells on Christmas Day,’ an update on a song he first recorded/released, in 2002, at the start of the series.” 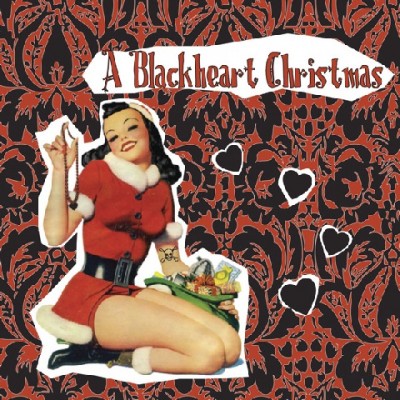 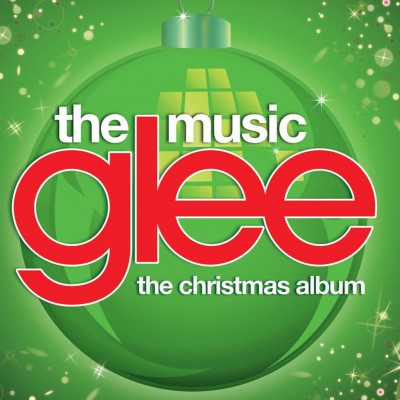 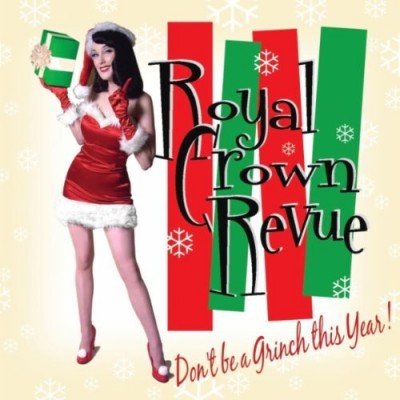 • Brandon Wood, On this Night (self-released)
“A fresh take on your favorite Christmas carols. This album has everything from dynamically driven acoustic guitar songs to catchy melodies with soaring electric guitar solos.”
• Royal Crown Revue, Don’t Be a Grinch This Year (Royal Crown Records)
“RCR’s first-ever Holiday CD! Includes five original tunes, plus RCR’s unique take on a variety of holiday classics. For the first time, songbird Jennifer Keith records with the band, joining frontman Eddie Nichols on an assortment of duets.” 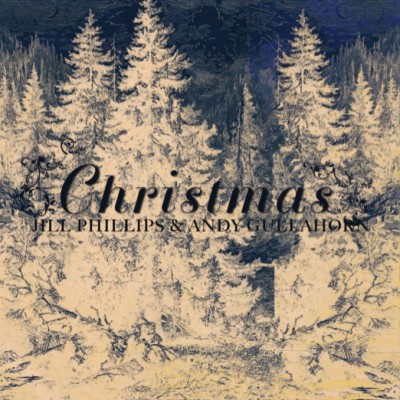 • Andy Gullahorn and Jill Phillips, Christmas (The Rabbit Room)
“A collection of both classic and original Christmas songs from Andy Gullahorn and Jill Phillips.”
• Jessica Simpson, Happy Christmas (Primary Wave Records)
“Jessica Simpson’s star has only continued to brighten during her 10+ year career as she has become an icon in music, fashion and entertainment. With the release of her second Christmas album, ‘Happy Christmas’, she lends her unforgettable vocal talent to the most beloved Christmas classics creating versions that will warm the heart and home during the cold winter season. Features duets with Willie Nelson and John Britt!”
• Various Artists, Gift Wrapped II: Snowed In (Warner Brothers)
“The collection features 11 brand new never-before-released tracks, including original holiday songs from Devo and hard rockers Cavo, as well as a handful of tracks that have long been hard to come by in any form, such as the Oasis cover of Slade’s immortal ‘Merry Christmas Everybody’.” 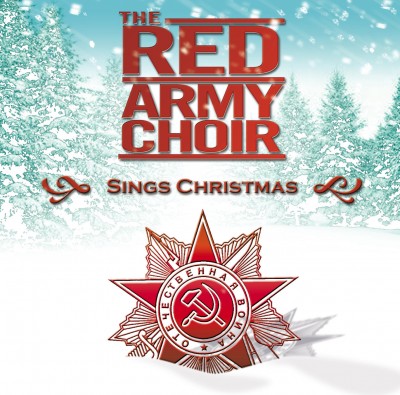 • The Boy Least Likely To, Christmas Special (Indie Europe/Zoom)
“We’ve got a new album coming out at the end of November, which is a weird time to release an album. Except it isn’t, because it’s a Christmas album. So it’s the perfect time to release an album. It’s got eleven songs on it. Eight of the are songs written by us and three of them are seasonal cover versions. Fans of our previous Christmas singles will be delighted to know that both the first snowflake and an extended version of little donkey are on there.”
• Christopher Cross, Christmas Time Is Here (Edel Europe/Zoom)
“2010 holiday release from the Soft Rock veteran. This is an album that goes back to the old tradition of Christmas music, capturing the richness of the melodies and the emotional feeling of such standards as ‘Silent Night’ and many others performed and arranged by Cross in a way that only top stars can offer.”
• The Red Army Choir, The Red Army Choir Sings Christmas (Indie Europe/Zoom)
“The PS cores of the Red Army interpret the most beautiful Christmas songs in new versions that will delight young and old. You’ll be enthralled by the lyrical beauty and breathtaking of these timeless songs.”
• Willie K, Willie Wonderland (Island Soul Entertainment)
“Maui’s favorite son, Uncle Willie K, has been playing music and mesmerizing audiences around the world since the age of 10. Having performed with the likes of B.B. King, Santana, Prince and Willie Nelson, Willie K has garnered countless Na Hoku Hanohano Awards for both production and performance, as well as earning a spot on the inaugural Grammy Award ballot for Best Hawaiian Music. The follow-up to the wildly successful Willie Kalikimaka, this new selection of Christmas songs are a perfect addition to any holiday collection.” 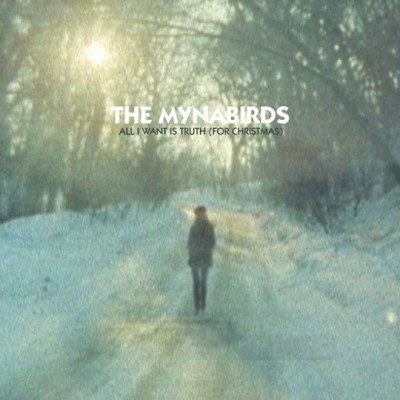 • The Mynabirds, All I Want Is Truth (for Christmas) 7″ (Saddle Creek)
“The Mynabirds follow on the heels of their critically-acclaimed debut ‘What We Lose in the Fire We Gain in the Flood’ with a holiday single featuring anti-Xmas song ‘All I Want Is Truth (for Christmas)’ b/w a cover of The Zombies’ ‘This Will Be Our Year’.”
• Northern Light Orchestra, Celebrate Christmas (EMI)
“Northern Light Orchestra returns with another album full of majestic, orchestrated rock music.”