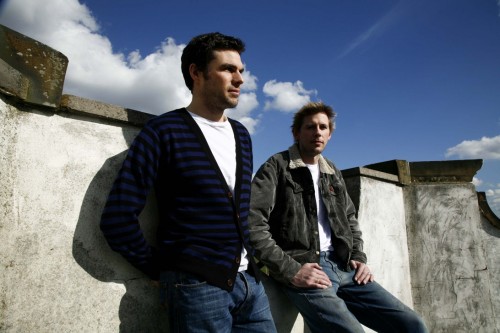 “When I was 13, I was watching TV and the video to ‘Enjoy the Silence’ came on. I was paralysed. The guitar riff was captivating and I could feel a sensation in my chest. I said to my mum: ‘What is this thing that I feel every time I hear this guitar riff?’ She sounded worried and said: ‘I don’t know. That’s very strange.’ It was something delicious and intriguing, and to this day, I still get that feeling when I hear the song.”

That’s a quote from Shakira in the Guardian a few years back, offering a third piece of evidence (after her the xx and Metallica covers) that the Latin pop star has shockingly good taste. Not that Depeche Mode’s “Enjoy the Silence” is exactly a buried treasure. Everyone from Tori Amos to the Bloodhound Gang has covered the Top 10 single since its 1990 release, generally emphasizing dreamy atmospherics over dramatic reinterpretation.

Groove Armada threw their hat in the “Enjoy the Silence” ring yesterday on Australia’s Triple J radio. Describing the choice as a “subconscious downer” to mark the end of their tour, the British duo toss in some lazy trip-hop beats amidst the piano chords and Shakira-approved guitar riffs. Watch the video and download the recording below.

Check out more Groove Armada at their website or MySpace.