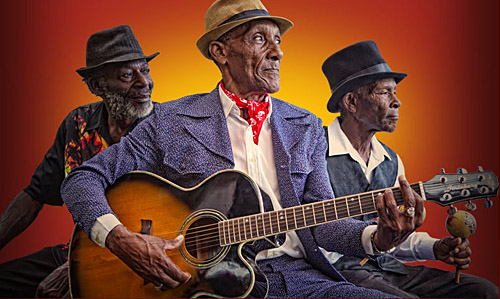 For most of the world, “Jamaican music” means one thing: reggae. Now, this isn’t totally off base. But reggae didn’t come about until the late 1960s. Surely something came before. Of course it did. That something (or one of those somethings) was “mento.”

You could be forgiven for confusing the two. Both emphasize the backbeats, lazily meandering along. Mento, though, comes from African folk traditions and features a more acoustic sound. Mentomusic.com offers loads of insights, including a fascinating piece on mento’s influence on Bob Marley. Whether you’ve heard of the genre or not, you almost certainly know one example: “Day-O (The Banana Boat),” a mento song sold as calypso because Americans didn’t know the difference.

No discussion about mento omits the Jolly Boys. Recording since the ‘50s, this shifting cast of characters didn’t become popular until the ‘80s, spearheading a minor mento resurgence. Their last studio album dropped in 1991, but the group returns this year with Great Expectation. The lead single is a mento-fied cover of Amy Winehouse’s “Rehab.” The video gives you a feel for the genre and the scene as the band performs onstage while a solitary woman swivels and sways.

3 Responses to “Song of the Day: The Jolly Boys, “Rehab” (Amy Winehouse cover)”