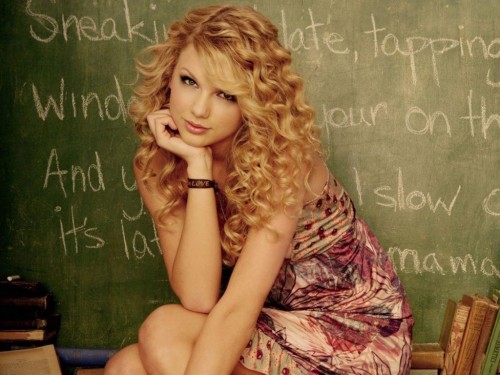 Historians, take note: Kanye-victimazation goodwill lasts one year. West’s infamous VMA interruption of Taylor Swift’s Best Female Video in favor of Beyoncé’s “Single Ladies (Put a Ring on It)” (which somehow still won “Best Video”) occurred in September 2009. Last month another Video Music Awards came and went with less incident. Now West is back with new tunes and an unbeatable Twitter account. Swift, though, after enjoying the world’s slightly patronizing sympathies, is on her own. So she covers Coldplay‘s “Viva La Vida.”

The tune was her entry into the BBC’s series on the “Great British Songbook.” Including “Viva La Vida” in that category is questionable enough, but we’ll let that slide. What’s less forgivable is…why is anyone still covering this song? Sure, it’s inspired many terrific performances, but that’s the problem. It’s inspired many terrific performances. It’s way too soon for more—particularly another heart-on-sleeve acoustic take. Not that there’s anything wrong with hers, but still. What’s next, “Use Somebody”?

Check out more Taylor Swift at her website or MySpace.