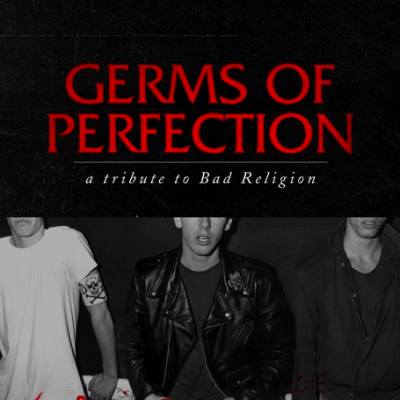 As it turns out, I was kind of an idiot. Bad Religion’s been around for 31 years—as in, since 1979. Their guitarist for most of that time has been Brett Gurewitz, founder and owner of Epitaph Records and affiliates ANTI-, Burning Heart Records, Fat Possum Records, and Hellcat Records. Germs of Perfection, which was released by SPIN and MySpace Music as a free download today, commemorates the 30-year anniversary of Epitaph, which is as good a reason as any for such a tribute.

By and large, the covering artists chose obscure tracks centered around the late ‘80s and early ‘90s. A notable exception is Switchfoot, who instead covers 2001’s well-known “Sorrow.” Like most of the artists on the compilation, Switchfoot slows things way down and revises Bad Religion front-man Greg Graffin’s signature yell down to a much more mellow tone. The prospect of incorporating the song’s trademark explosions into an acoustic rendition seems to have proven too daunting, so they are conspicuously absent from Switchfoot’s version. The band can be forgiven. In fact, that track is actually a highlight, as is William Elliott Whitmore‘s acoustic interpretation of “Don’t Pray on Me” and Ted Leo’s punky “Against the Grain.”

Tegan and Sara, likely the biggest name amongst the covering artists, take on the title track from 1988’s Suffer, but produce a relative disappointment. In stripping the song of its electricity but still attempting to maintain its fast beat, the Canadian duo creates a challenge not undertaken by any of the other artists, and unfortunately falls short in their efforts. Nevertheless, the album as a whole is both entertaining and interesting and, given Bad Religion’s importance (that I can’t believe I didn’t recognize), it’s worth a listen.

One Response to “Review: Germs of Perfection (A Tribute to Bad Religion)”