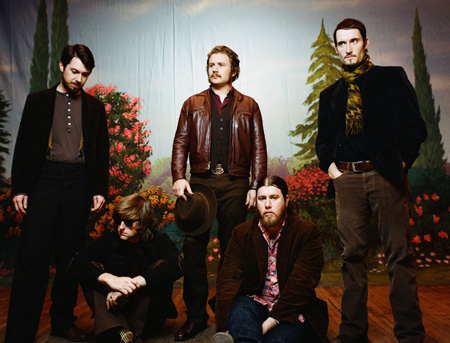 Last week we posted a lengthy defense of William Shatner’s “Rocket Man.” Whether you agreed or not, My Morning Jacket’s version needs no such explanation. The band first released their version of the song on their 2004 compilation album Chapter 1: The Sandworm Cometh: Early Recordings, but haven’t played it live since 2001. Until last night.

The occasion was the first show of an NYC residency at which the band will perform one full album each night. Their first disc, The Tennessee Fire, got its showcase last night at Terminal 5. The band’s least-known album offered rarely-played songs like “It’s All About Twilight Now” (last played in 2006) and “If All Else Failed” (never played before). For the encore, instead of going through a few later crowd-pleasers, the band busted through b-sides and cover songs they recorded around the same time. This was a for-superfans-only kind of night.

Check back soon. We’ll add more videos and audio as they surface.

Check out my Morning Jacket at their website. The residency continues tonight with a performance of At Dawn.