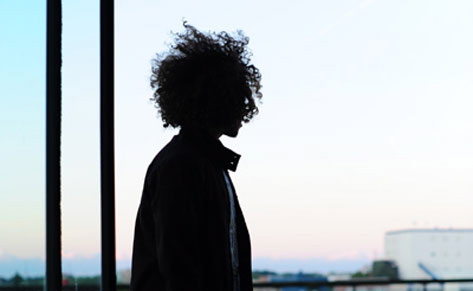 They’ve only done one cover so far, but I’m calling it now: Mar Variations (a pun on Tom Waits’ Mule Variations?) will be the breakout covers band of 2010. This project gathers together indie musicians, artists, and production folk Mar, Nalden, Yoji Moniz, Full Crate and Dolly Rogers for a series of covers. Mar does the actual performing, but the team works together on beautifully-produced videos (watch each of them describe their role in the “About” clip below).

Every month they’ll be dropping a new video and MP3 and, if the first sample is any indication, this will be a project we’ll be coming back to. The first song is Lil Wayne’s “I’m Single,” first released on 2009’s No Ceilings mixtape and again last month on I Am Not a Human Being. Humorous though they are, the Weezy connections are incidental. This hazy wash blends R&B into dream-pop territory. In context, the lyrics will make you laugh the first time through (“I cut my phones off, both lines / It’s ’bout to get nasty, pork rinds”), but on repeat listens the irony fades. Somehow, this pairing just makes sense. Watch the video and download the MP3. Below that, check out the introduction video to learn more.