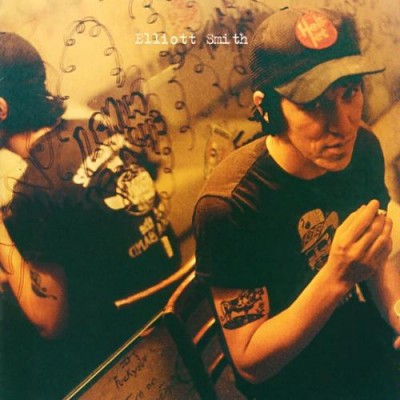 With its near-whispered vocals and dark lyrics, Elliott Smith’s music has always had a personal, headphone-music quality to it—you don’t see many summer barbecue mixes blaring tracks like “2:45 AM.” As a result, the best covers of his songs tend not to stray far from the singer-recording-in-his-bedroom model, but we’ve also included some of the more adventurous interpretations of his work.

Knock-Knock re-imagines Either/Or’s opening cut as a moody trip-hop track, complete with a banjo solo. Better than that description makes it sound.

Recorded live at a memorial show just after Smith’s death, Beck lays down a tribute that, while missing some lyrics, is full of emotion. Falls on the dark and mellow end of the multidimensional spectrum of Beck’s output, similar in sound to what he explored on his 2002 album, Sea Change.

The Foxymorons – Ballad of Big Nothing

Madeleine Peyroux – Between the Bars

Smoky, jazzy, and sultry, Madeleine Peyroux’s cover provides a taste of what Smith’s music might have sounded like if he were performing at clubs in the 1940s. Despite the change of genre, Peyroux wonderfully captures the haunting and intimate qualities of the original.

Grant Buell – Pictures of Me

This piano instrumental brings out the pounding rhythm of the original. Really pounding. I imagine Buell iced his fingers for a couple hours after recording this one.

Coe moves Smith’s drony acoustic guitar part to a deep, downtuned electric guitar, and fills out the song with a ’60s-nodding mellotron part. Vocally, Coe does his best Elliott impression with whispered, double-tracked singing. Spot-on in recreating the atmosphere of the original.

Bernardo takes one of Smith’s most cheerful guitar riffs and adds a watery synth and trebly drum loop to the mix. Cool reverb-drenched harmonies in the chorus. Doesn’t stray too far from the original, but definitely an enjoyable listen.

On this ready-for-the-floor rendition, Jump Clubb replaces the original’s swift fingerpicking with arpeggiated synths and thumping bass. Echoey, mysterious vocals pay tribute to the original’s distinct moodiness. Doesn’t sound like it should work, but one of the most interesting covers in the group.

The Dinosaur Jr./Sebadoh member picks Either/Or’s loudest, most rocking track and gives it a perfectly noisy and fuzzed out live treatment. Props to Barlow for doing his best with Smith’s lyrics for the track, which were notoriously never printed.

If you’ve ever wondered what “2:45 AM” would sound like with jazz chords, a spacey reverb piano, and a bizarre drum loop, then this is the song for you.  If you haven’t, then you’re on your own here.

Just Folds and the piano. Perfectly captures the simple beauty and hopeful optimism of the original.

Don’t own the original? Pick it up at Amazon, iTunes, or your local record store. Also, check out more Elliott Smith covers in our archive.