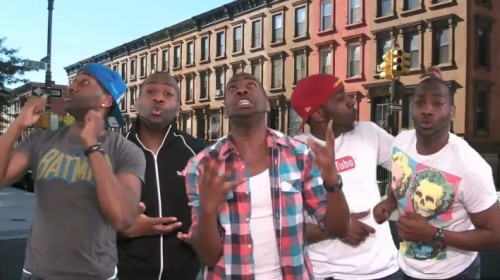 Used to be a time where to form an a cappella group you had to have, you know, a group. Not anymore. Thanks to the magic of technology, anyone can be a one-man (or woman) chorus. You can carve out your own quirky niche without needing to convince other people that this isn’t an enormous waste of time.

Classic television theme songs definitely counts as a niche. YouTuber DeStorm Power – amazing name – takes on five split personalities to create his a cappella crew Soul Tunes. Each DeStorm is more enthusiastic than the last as he/they power through all your favorites, plus a few you’d forgotten (Goof Troop!). He’s released five videos so far. We’ve got the most recent three below (here’s 1 and 2).

Particularly charming moments: The happy-family mime on The Brady Bunch, the to-the-heavens gospel on Family Matters, the air-everything on Saved by the Bell.