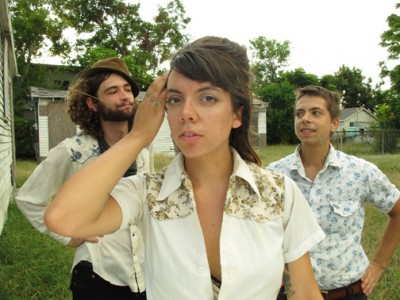 According to the DylanCover.com database, “Blowin’ in the Wind” has been covered 1,183 times. “Knockin’ on Heaven’s Door” hits 1,226. “All Along the Watchtower” racks up a blistering 1,570 covers! It’s a legitimate question whether the world ever needs another version of these. “Seven Curses,” on the other hand, has only been covered 35 times. That makes it about as obscure as Bob Dylan songs get. No surprise really; though recorded in 1963, it didn’t see release until a 1991 outtakes collection. It’s definitely a “message” song in the style of a traditional folk ballad, though hints of more ambitious poetry creep in.

Check out more Hurray for the Riff Raff at MySpace.