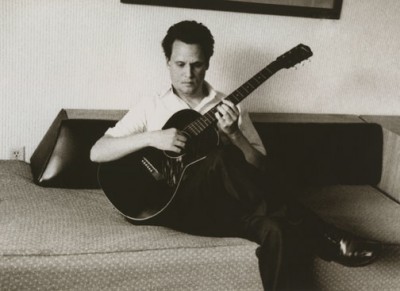 Jackson 5 covers were so Summer 2009. When Sun Kil Moon (aka. Mark Kozelek aka. Red House Painters) releases his take though, all Michael Jackson oversaturation goes out the window. We already know the man’s cover skills are without parallel. His 2005 album tenderly reinterpreting Modest Mouse songs as mournful ballads is a must-buy.

Sun Kil Moon released Admiral Fell Promises in July. Now it comes with a bonus disc: the I’ll Be There EP. Along with the Jackson 5 title track, it includes versions of Stereolab’s “Tomorrow” and Casiotone for the Painfully Alone’s “Natural Light.” We’ve got the M.J. & co. tune below. Like everything he does, it’s a heartbreakingly beautiful downer.

Check out more Sun Kil Moon at his website or MySpace.