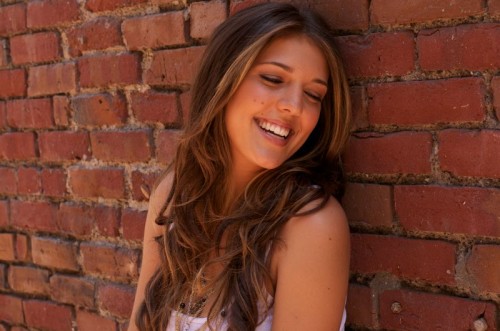 We kick off a new Cover Me series today with Jordan Corey. A U.C. Santa Barbara sociology major, Corey posts cover videos to YouTube just like thousands of other wannabe viral stars. Only one difference: she’s really good. A big-voiced belter, Corey straddles the line between old-school soul and American Idol. Some serious pipes for a skinny white girl.

Accompanied by an old theater buddy on guitar, Corey’s releasing a series of stripped-down home recordings. Her wails and whispers take center stage as she belts tunes from the worlds of pop (Lady Gaga, Bruno Mars), classic rock (Fleetwood Mac, the Beatles), and new soul (Adele, Amy Winehouse). We’ve got three of the best below, including the premiere of her cover of La Roux’s “Bulletproof.” She describes her version as “a little more rustic, a little more raw.” Often on YouTube that translates into “off-key karaoke filmed with a cell phone.” Corey’s a refreshing exception.

4 Responses to “On the ‘Tube: Jordan Corey”