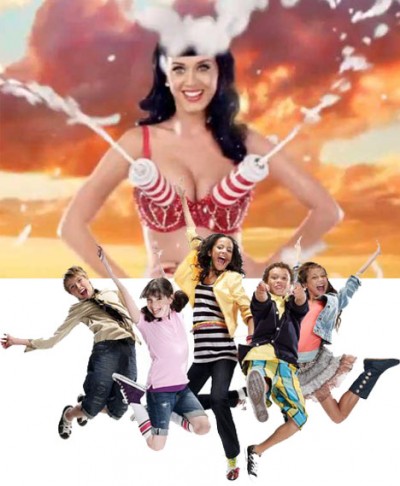 Kidz Bop has always been creepy. The concept is innocent enough: kids sing pop hits for other kids. The problem is, pop hits tend to be crazy sexual. Elementary school girls singing about melting boys’ popsicles is no better than Katy Perry singing it. In fact, it’s much, much worse.

Made by people who don’t understand the word “innuendo,” these songs get even more disturbing (and hilarious) when paired with the original music videos. The homoerotic S&M in “Alejandro” grows even darker when the soundtrack is a bunch of peppy preteens. And if I were a parent, I’d make sure my kids stayed far away from Perry’s whipped-cream boobs.

These mashups are being churned out, each better than the last. Check out three of the best, then go make your own. Report back! (via Urlesque)