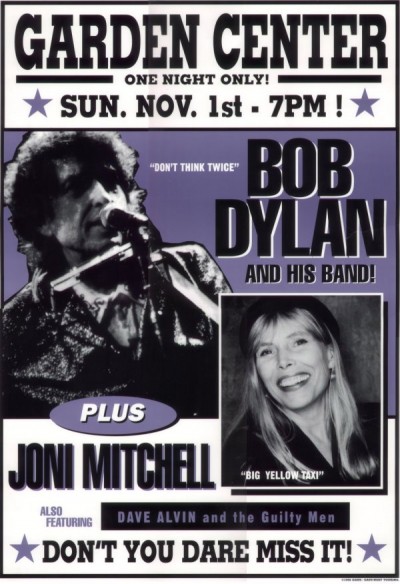 In 1998 CNN held a worldwide poll for Entertainer of the Century. Charles Aznavour went up against Bob Dylan. Charles Aznavour won. That tells you something about this Frenchman’s popularity. These days his albums are rarely released outside France, but famous friends like Elton John still periodically drop by to sing with him.

I don’t know whether Dylan was aware of that poll or whether his cover of Aznavour three months later was purely coincidental. He performed “The Times We’ve Known” once that year, at Madison Square Garden. “I usually play these things all to myself, but I feel like I’m all by myself now,” he said by way of introduction. A swooping steel guitar backs some of the most tender singing you’ll ever hear from the old Bobcat. He reprised the tune eleven years later in Paris, again summoning vocals far beyond what he usually delivers. We’ve got recordings of both performances below. Which one do you prefer?

Check out more Bob Dylan at his website. He’s currently on tour out West.