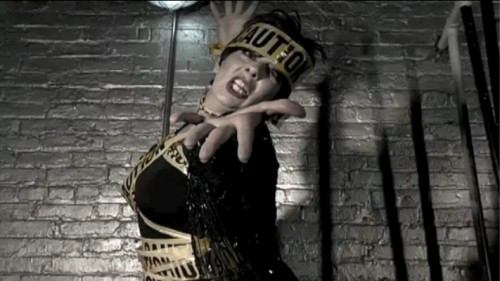 Once you hear Liza Minnelli’s voice, you never forget it. That’s not to say you won’t try. Though well suited for Broadway pomp, that diva belting is too grand for radio pop. Which means it’s hilarious to hear her try.

Okay, “her” is not actually her. It’s actress Christine Pedi, who recreates Lady Gaga’s epic “Telephone” video. She stars as Carol Channing too, who takes on the buddy-sidekick roll formerly filled by Beyoncé. Channing drives an armored truck and feeds Liza a Snickers bar (a clever nod to this ad). It’s pretty ridiculous which, when you’re parodying Liza Minnelli parodying Lady Gaga, almost goes without saying.