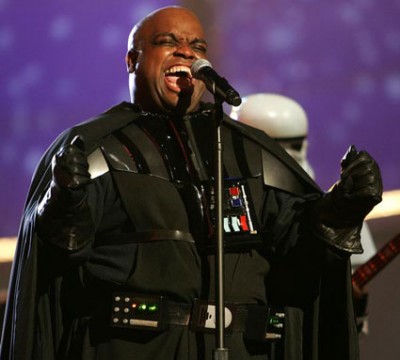 Not much is known about Cee-Lo Green’s upcoming album Lady Killer, but count on one thing: it won’t be as huge as “Crazy.” That’s the problem with having one of the biggest hits of the last decade; nothing Cee-Lo does will ever be as big as “Crazy.” That Gnarls Barkley song crossed the line from hit single to cultural phenomenon and, listening to it again a few years later, it holds up.

A cover of indie-folk upstarts Band of Horses seems unlikely to make a similar impact. The fact that Green grooves to the flannel-and-beard set is a bit surprising, but “No One’s Gonna Love You” translates pretty well to his funkier soul sound. It even comes with a video, which debuted a few days ago but kept getting pulled by the RIAA. Now it’s out officially. It mostly features a couple being adorable on a road trip until, as tends to happen with road trips, things devolve. There’s also a dead fish. The vintage clip fits the lyrics, if not the electro-soul sound.

Check out more Cee-Lo Green at his website or MySpace.