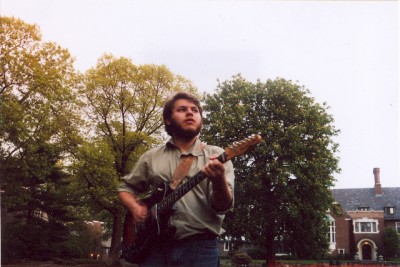 After 11 years of Orthodox Jewish schooling, New York multi-instrumentalist Jesse Rifkin (aka. The Wailing Wall) began to doubt the existence of God. He turned his uncertainty into a new album: The Low Hanging Fruit. To promote the record, he just released a cover of Tim Buckley’s “Song to the Siren.” Download it below.

We last heard “Song to the Siren” by way of ex-Red Hot Chili Peppers guitarist John Frusciante, whose ambient swellings earned it a Best Cover Songs of 2009 nod. The Wailing Wall strips it back, telling Odysseus’ story with banjo and accordion. The vocals weep even as the plucking bounces along. Listen/download below, then tell us what you think in the comments.