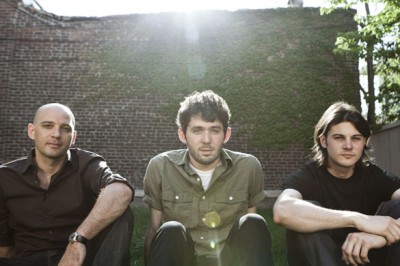 At last count, Pink Floyd’s “Wish You Were Here” has been covered a total of 8 billion times. But don’t hold that against the Antlers. The beloved Brooklyn trio’s version is as good as any (and way better than Bettye LaVette’s). They strip back the song to a guitar-synth-drum trio but otherwise don’t venture too far afield. The wordless falsetto contrasts nicely with Peter Silberman’s quiet-but-dirty guitar tone though. Watch the video below.

The song is the latest in the A.V. Club’s “Undercover” series, a show with a clever premise. The A.V. Club staff picked twenty-five songs and twenty-five artists, but didn’t match the two. When a band came in, they could choose one of the twenty-five songs to cover. That song then gets crossed off the list. Meaning the producers better have a pretty versatile clean-up act lined up, since the last guy doesn’t get a say in the matter.

The Antlers – Wish You Were Here (Pink Floyd cover)

Check out more Antlers at their website or MySpace.

One Response to “The Antlers Wish You Were Here”