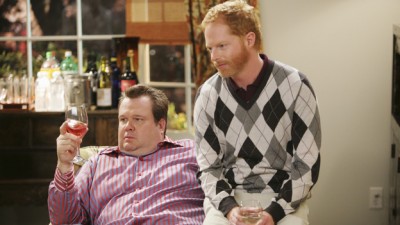 The blogosphere is all abuzz about Lady Gaga‘s “Alejandro” video, due to premiere today. Spoiler alert: it will be weird! So to celebrate/hop on the bandwagon, we present a cabaret cover by a guy you probably know. If the name Jesse Tyler Ferguson doesn’t ring a bell, try this: the red-haired gay guy from Modern Family. Back in April he popped on stage at Our Hit Parade’s monthly top-ten spectacle to roll his R’s through Lady Gaga’s latest.

It’s two parts cabaret, one part comedy. Backed by show regular Kenny Mellman on piano, he croons his way through the racially questionable anti-love ballad. Hilarity aside, dude’s got a killer voice.

Check out more Our Hit Parade videos at YouTube.