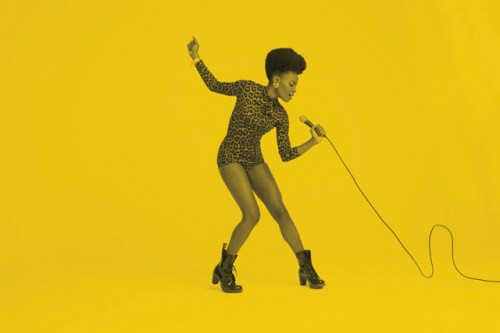 If you’ve been sleeping on the Noisettes, wake up. This British trio puts so much soul in their swagger you don’t know where to file them with the Clash or the M.G.’s. Zimbabwean frontwoman Shingai Shoniwa can switch between swing and roar at the drop of a drum hit or, more likely, syncopated hand clap.

To celebrate their 50th anniversary last year, Dr. Martens commissioned some covers (much like Levi’s is doing now). They’re releasing the ten songs at an embarrassingly slow rate, but some good stuff is on the docket: Black Rebel Motorcycle Club covering the Pogues in August and the Raveonettes covering the Stone Roses in September.

The Noisettes’ video was one of the first out of the gates. Shoniwa goes as wild as ever and the song, the Buzzcocks’ most lasting hit, proves a perfect choice. Given a touch of Bollywood synth and a whole lot of funk, it stays true to the punk spirit without imitating the sound. As Shoniwa says in the making-of video, “It isn’t really fair to plagiarize a song and do it exactly as the band has done it. That’s like karaoke.”

Check out more Noisettes at their website or MySpace.