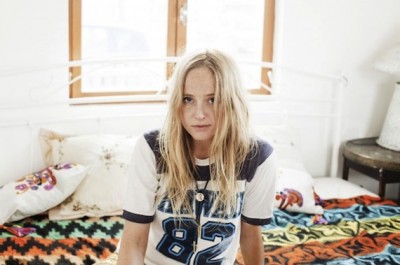 Music bloggers get hundreds of emails a day from bands. An obscure artist trying to get their original material heard fights an uphill battle, but there’s a shortcut that more and more artists are discovering: covers. A disc of originals may never get unwrapped, but do a semi-professional Lady Gaga cover and the blog love starts rolling in.

Illinois songwriter Lissie has figured this out. She first appeared on the horizon for many with her cover of “Bad Romance” (below). She followed up with an about face on Metallica’s “Nothing Else Matters” (also below). Now she’s back a third time going for real Internet cred with a cover of Pitchfork/Kanye West fav Kid Cudi. Quite disparate sources of inspiration. What’s next, Rachmaninoff?

Cudi dropped “Pursuit of Happiness” in January and, since it featured vocals by MGMT, it got some major blog attention. Cudi’s rise as the next-big-thing never quite made it beyond the Internet though, his 808s and Heartbreak appearance notwithstanding. Lissie’s rocked-out live cover indicates maybe we should give him another shot. Coming from her tequila-soaked lips it’s a heck of a blast. Watch it, plus the aforementioned Gaga and Metallica, below (via TwentyFourBit).

Check out more Lissie at her website or MySpace.