In the Spotlight showcases some a cross-section of an artist’s cover work. Post suggestions for future installments in the comments! 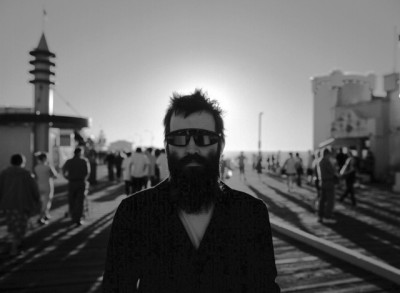 Eels is technically a band, but it’s mostly just one guy: Mark Oliver Everett aka. E. His songwriting has been praised by everyone from Peter Buck of R.E.M. to Tom Waits, both of whom contributed to his 2003 album Blinking Lights and Other Revelations. He’s currently two albums into a concept trilogy about a romantic’s journey through desire, despair, and redemption. The third volume drops in August.

Alright, those are the basics. More importantly for our purposes, Eels performs a ton of covers. Their version of Missy Elliot’s “Get Ur Freak On” made the blog rounds a few years ago, despite being one of his least inspired performances. He does better interpreting classic songwriters than miming rap hits. In fact, his MySpace Transmissions version of Bob Dylan’s “Girl from the North Country” made our Best Cover Songs of 2009 list.

Having never released a cover album proper, he dots covers throughout his releases. Below we collect five of the best. Eels turns an old-time country song into a grunge-blues stomp, a Broadway showstopper into a jazzy piano-and-horn swing, and three more. Even if you don’t know the originals, you want these covers.

Check out more Eels at their website or MySpace.

4 Responses to “In the Spotlight: Eels”