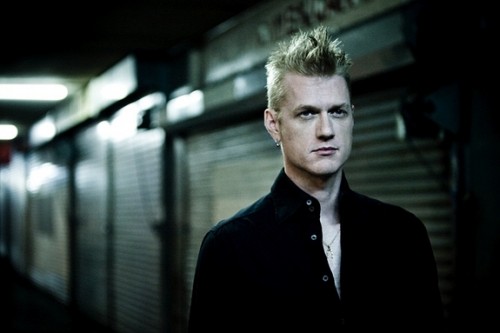 June’s Commissions artist Corey TuT has been rocking his way around New York City for the past ten years, playing legendary venues like Joe’s Pub and CBGB. His poppy punk is what you imagine modern rock radio should sound like (as opposed to the Nickelback garbage they actually play). It’s like Social Distortion if Social Distortion had tried to write hit singles.

Corey’s latest album is Everything and we’ve a track from it below. “So What?” has been featured everywhere from the CW show Life Unexpected to a Totino’s Pizza Roll commercial (so if it makes you hungry, you know why).

The man is no stranger to covers. His acoustic versions of Lady Gaga tunes have over 10,000 views on YouTube. In fact, he first appeared on our radar via his Our Hit Parade performance of “Bad Romance,” performed with tricky guitar, balls-to-the-wall vocals, and a healthy dose of ridiculousness. It starts out slow and just when you think it’s going to stay that way, the acoustipunk appears. Then in true Gaga fashion, the theatrical climax involves funny hats and blood. Watch the madness (and download the MP3 below).

He’s also tackled “Poker Face” in a medley with “Billie Jean” and “Tardy to the Party.” The latter is by a Real Housewives of Atlanta star, so you know it’s high-grade art. Here are both MP3s.

Now Corey is recording a new cover for Cover Me. What song? It’s your call. The songs Corey selected are eclectic to say the least. Old-time country or new wave dance? Angsty industrial or soul throwback? 1977 multiplatinum pop or 2009 blog-beloved indie? As always, the choice is yours! Listen to Corey’s work, check out the song choices below by clicking on the titles, then cast your vote in the poll on the right. Voting closes on Saturday, June 19th.

Check out more Corey TuT at his website or MySpace. Also help fund his new album! In fact, if your song loses here, donate $350 and he’ll cover it anyway (or give less for other treats).