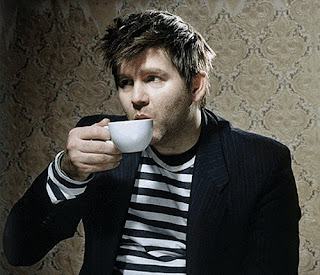 May’s Cover Commissions has hit the ground running.  Cast your vote for what song Christina Cone and the Best Intentions should cover?  [Cover Me]

Don’t miss this quasi-classical take on Radiohead’s Kid A.  Way better than the A String Quartet Tribute junk.  [Bandcamp]

The internet is creaming itself over this American Idol guy’s cover of “Hallelujah,” so I will post it even though it sucks because that’s just the kind of guy I am.  [YouTube]

Anyone who’s seen Bettye LaVette rip through the Who’s “Love, Reign O’er Me” knew her British songbook covers album would be special.  It is.  [NPR]

The blogosphere may hit James Murphy overdose levels pretty soon, but until then, a lo-fi video for LCD Soundsystem’s cover of Alan Vega (Suicide).  [MySpace]

LCD also covered “Throw,” by a guy you’ve never heard of.  [We All Want Someone]

Last week we rounded up the Exile on Main St. covers on Jimmy Fallon.  Gibson has four more covers to check out.  [Gibson]

David Bazan of Pedro the Lion recorded one of the best albums of 2009.  His cover of Vic Chestnutt seems too perfect.  Now can anyone find Ben Gibbard’s cover of “Big Trucks”?  [Stereogum]

Friend of the site James Eric aka. Garden on a Trampoline aka. Guy Who Spends 22 Hours a Day Recording Covers kicks off his weekly cover series with Pulp’s “T.V. Movie.”  [Weekly Cover Songs]

Kyp Malone performed a faithful “This Must Be the Place (Naive Melody),” but we still want T.V. on the Radio back.  [YouTube]

“Get Out of My Life Woman”!  A sentiment to which all can relate.  [Aquarium Drunkard]