THIS CONTEST IS CLOSED. 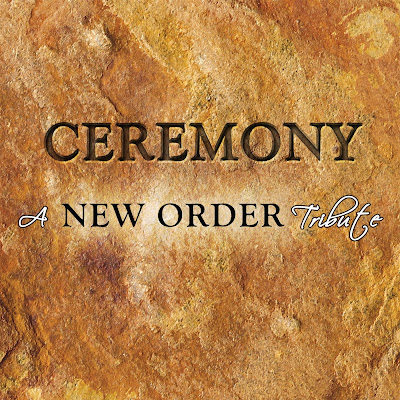 New Order broke up a few years ago, but it seems their stock is higher than ever with the latest wave of electro-flavored indie bands. Hits like “Bizarre Love Triangle” and the ubiquitous “Blue Monday” have seen recent covers by everyone from The Arcade Fire to Moby, Iron & Wine to Radiohead. The latest installment is Ceremony: A New Order Tribute, a beautiful two-disc set containing 31 new covers. We’ve got a copy to give away, but first a little about it:

Participants include Rabbit In The Moon, DETACHMENTS, Pocket, SUNBEARS!, Kites With Lights, John Ralston, GD Luxxe, The Beauvilles, Kingsbury, XOXO, The Dark Romantics and many more! Artists have donated their version of a favorite New Order track, and many have also contributed their take on “Ceremony”.

A portion of the proceeds from record sales will benefit the Salford Foundation Trust’s Tony Wilson Awards, established in memory of Tony Wilson, the founding father of landmark independent record label Factory Records, who died of cancer in 2007. The trust will benefit children and young people who can demonstrate a special talent or ambition in the arts or creative skills.

The idea for this tribute came about in 2007, when Tony Wilson passed away from cancer. Marshall Dickson, founder of 24 Hour Service Station, was stirred to put together a fitting tribute to his hero. Upon discovery that a charity had been established in Wilson’s name to aide children with creative & musical skills, the pieces came together. By late 2008, the project became an international endeavor when Ceremony was helmed by partner Sonshine Ward, who seeked out contributing artists from around the globe that were equally inspired by Wilson and moved by his passing.

Here are three sample tracks to whet the appetite:

To enter for your change to win this two-disc set, send an email with the subject “New Order Tribute” to covers86[at]gmail.com. Entries will close one week from today, on March 18. CLOSED

For more information, visit the Ceremony website, which includes many of the artists talking about why they chose the songs they did.