Five Good Covers is an occasional series in which we look at a song that has supplied a variety of cross-genre cover versions. One mark of a well-written song is versatility, so we celebrate such songs with five totally different interpretations. 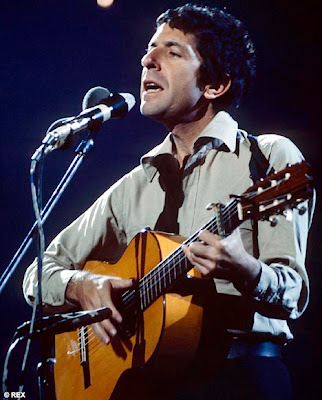 When Leonard Cohen began touring again in 2008, he was upfront about his intentions: he needed money. Instead of just cashing in and getting out though, he crafted three-hour concerts that seemed incapable of anything less than fawning reviews. His double-disc Live in London received similarly ecstatic praise, including every song he performed regularly on the tour save one: Famous Blue Raincoat.

That he left off one of his best-known songs seems surprising, but Cohen has repeatedly expressed dissatisfaction with the lyrics. “I never felt I really sealed that song; I never felt the carpentry was finished,” he said in 1993. “With the poverty of songs I have for each record, I can’t afford to discard one as good as that. It’s one of the better tunes I’ve written, but lyrically it’s too mysterious, too unclear.”

Presumably the hundreds of performers who have covered “Famous Blue Raincoat” since its 1971 debut would disagree with that assessment. Renderings tend to be highly emotive, pain and angst dripping off every turn of phrase. While it’s hard to fault this logical approach to the song, it can get tiring. Here are five cover versions that approach it with a broader palate.

This midtempo rock song gets a pleasant twist from a soul-tinged guitar funking along in the background. [Buy]

The embodiment of the emotive piano cover. Though dozens of other female-fronted versions sound similar, Amos’ is the prototype. [Buy]

Conspiracy of Beards is a 30-man strong a cappella choir that exclusively performs Leonard Cohen songs. You can’t make that up. [Buy]