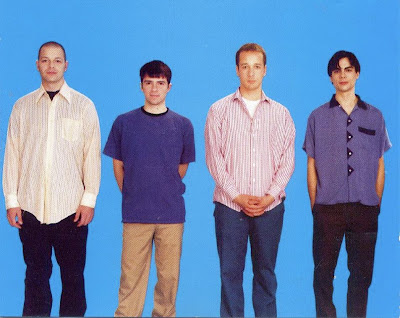 To think, it all started with a few simple questions. What’s with these homies dissin’ my girl? Why do they got to front? The most immortal nerd-rock opening lines in history and Weezer’s career was made.

It almost didn’t happen though. In the biography Rivers’ Edge: The Weezer Story, producer Ric Ocasek of the Cars said of Weeezer frontman River’s Cuomo, “I remember at one point he was hesitant to do ‘Buddy Holly’ and I was like, ‘Rivers, we can talk about it. Do it anyway, and if you don’t like it when it’s done, we won’t use it. But I think you should try.'” Thankfully, reason prevailed (nudged along by notes Ocasek left around the studio saying, “We want Buddy Holly!”).

Cuomo embraced the tune’s silliness with director Spike Jonze (he of recent Where the Wild Things Are notoriety), greasing back the quartet’s hair and plopping them in the original Arnold’s Diner from Happy Days. Check it out below and look for original Arnold actor Al Molinaro’s guest appearance.

We chose Buddy Holly because this song reminds us both of our introduction to computers. When we were both young, 7 or 8, our parents both got the family their first PC with Windows 95. And low and behold, this awesome video clip of footage from Happy Days came with the OS.

“Buddy Holly” originally appeared on Weezer’s debut Weezer [the Blue Album], which was the subject of one of our full-album cover posts a while back.