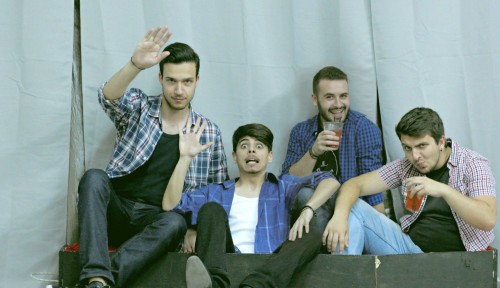 The Pixels is a band from Thessaloniki, Greece that describes itself as “Pop/Alternative Rock with a taste of swing and jazz”. Well it’s more than “a taste” on their new cover. A few years ago, lead singer Giotis Dort became somewhat of a YouTube sensation with his cover songs. Since he formed the band in 2014, they have also done their fair share of covers, but their latest takes them to a whole new level: Michael Jackson’s “Billie Jean”. END_OF_DOCUMENT_TOKEN_TO_BE_REPLACED