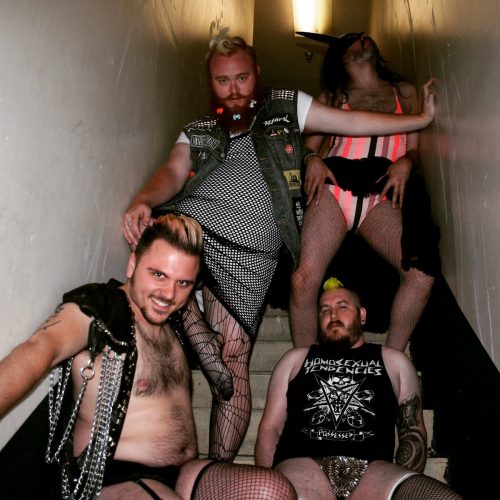 The Gay Agenda is a self-described “homo riot hardcore punk” band with extremely provocative imagery inspired by street artist Homo Riot, among others. Their version of “Army of Me” leans much more into metalcore than hardcore, with rumbling bass recalling the original’s pulsating bass keyboard, pummeling metal guitars, and screaming/growling vocals that fall somewhere on the spectrum between metalcore and black metal. It’s intense.
END_OF_DOCUMENT_TOKEN_TO_BE_REPLACED