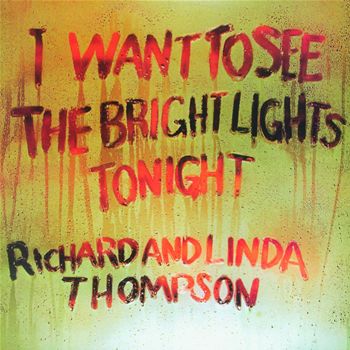 Richard Thompson’s solo debut, Henry the Human Fly, began with a song that contained the line, “Don’t expect the words to ring too sweetly on the ear.” This would become his songwriting credo, as he penned lyrics that were incisive, emotive, and not the least bit sentimental, bringing them home with an equally biting guitar. His wife Linda sang with a powerful clarity, her voice full of aching, mischief, mourning, celebration, or whatever else the song might call for. She’s fully entitled to her equal billing. On their debut release as a couple, 1974’s I Want To See the Bright Lights Tonight, Richard and Linda Thompson report what they’ve encountered on a very British Desolation Row, in a musical language that could have been written half a millennium ago or the day after tomorrow. END_OF_DOCUMENT_TOKEN_TO_BE_REPLACED