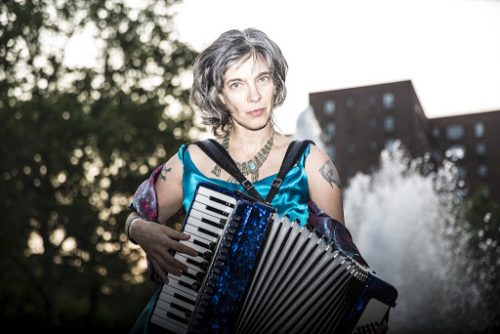 The era in German history known as the Weimar Republic lasted just a few years from 1918 to 1933, but it’s impact on world history and culture is still felt today. The unstable political situation, combined with rapid inflation, contributed to the rise of Adolf Hitler and the Nazis. Amidst the political chaos, the arts flourished. The period saw the establishment of the Bauhaus and Dada artistic movements. Novelist Christopher Isherwood captured the underground nightlife scene in his famed The Berlin Stories, which would serve as the basis for the Cabaret musical and film. On the theater front, Bertolt Brecht and Kurt Weill penned The Threepenny Opera. The musical introduced the standard “Mack the Knife” as well as “Pirate Jenny,” a song Bob Dylan cited in his memoir as an inspiration for his songwriting. END_OF_DOCUMENT_TOKEN_TO_BE_REPLACED