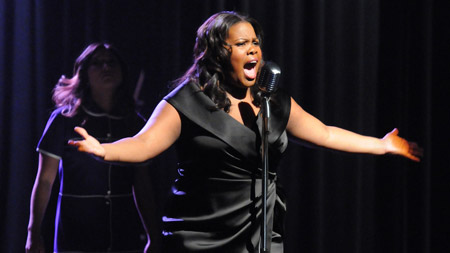 Week by week, Glee threatens to make me more culturally literate. Last week we got an education in West Side Story, while this week’s episode takes on something of a Dreamgirls theme — one of its songs comes from that classical musical-turned-film, while two others hail from the film’s stars. Unlike last week’s episode, however, we’ve got three more songs thrown into the mix as well: another from West Side Story, one from the musical Fame, and Coldplay‘s monster ballad “Fix You.” That gives us a bit more musical variety than we’ve seen so far this year, although songs from actual musicals still take up perhaps more than their share of space. Also, with all these songs from West Side Story already performed, do you think we’ll actually get to see the musical? There won’t be anything left to do! END_OF_DOCUMENT_TOKEN_TO_BE_REPLACED