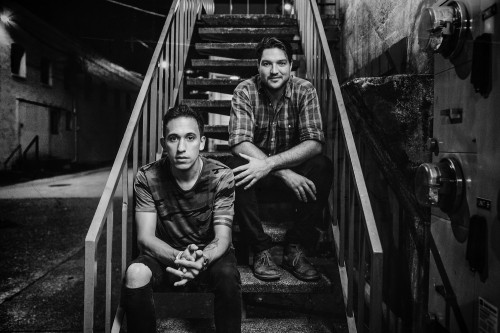 It’s been a good year for covers of Tom Petty’s non-Heartbreakers tracks. Back in January we heard Jane Kramer’s great version of a Highway Companion deep cut, and now we have My Goodness covering a better-known song off a better-known album: Wildflower’s lead single “You Don’t Know How It Feels.” The Seattle duo of guitarist/vocalist Joel Schneider and drummer Andy Lum slows the song way down on their upcoming EP Islands, giving it a spooky menace just in time for Halloween.

“We were listening to a lot of Tom Petty on our last US tour, great driving music – so we decided to choose a classic and take it to a dark place,” Lum tells us. “When we started recording in Seattle, our producer Shawn suggested we play the song at double speed and slow the tape down to get this spacey, warped drum sound. It felt insane while we were tracking, but the end result was totally worth it.” END_OF_DOCUMENT_TOKEN_TO_BE_REPLACED