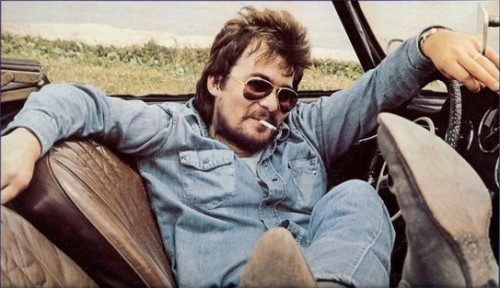 “Sam Stone,” from John Prine’s self-titled 1971 debut album, is considered one of the most depressing songs ever written. We’re not talking my-baby-left-me depressing here, understand; this is a song about a wounded war veteran suffering from PTSD and a heroin addiction, who grows remote from his family and winds up dying alone, with a chorus couplet so devastating (“There’s a hole in daddy’s arm where all the money goes / Jesus Christ died for nothin’ I suppose”) that even Johnny Cash flinched at it, altering the words in his own cover. When the Man in Black can’t bring himself to sing your lyrics, you know you’ve touched a nerve.
END_OF_DOCUMENT_TOKEN_TO_BE_REPLACED